Hyaluronic acid, sometimes referred to a hyaluronan or HA, is the most abundant glycosaminoglycan in the body with being an important major component of several tissues throughout the body. While it is abundant in extracellular matrices, hyaluronan also contributes to tissue hydrodynamics, movement and proliferation of cells, and participates in a number of cell surface receptor interactions. 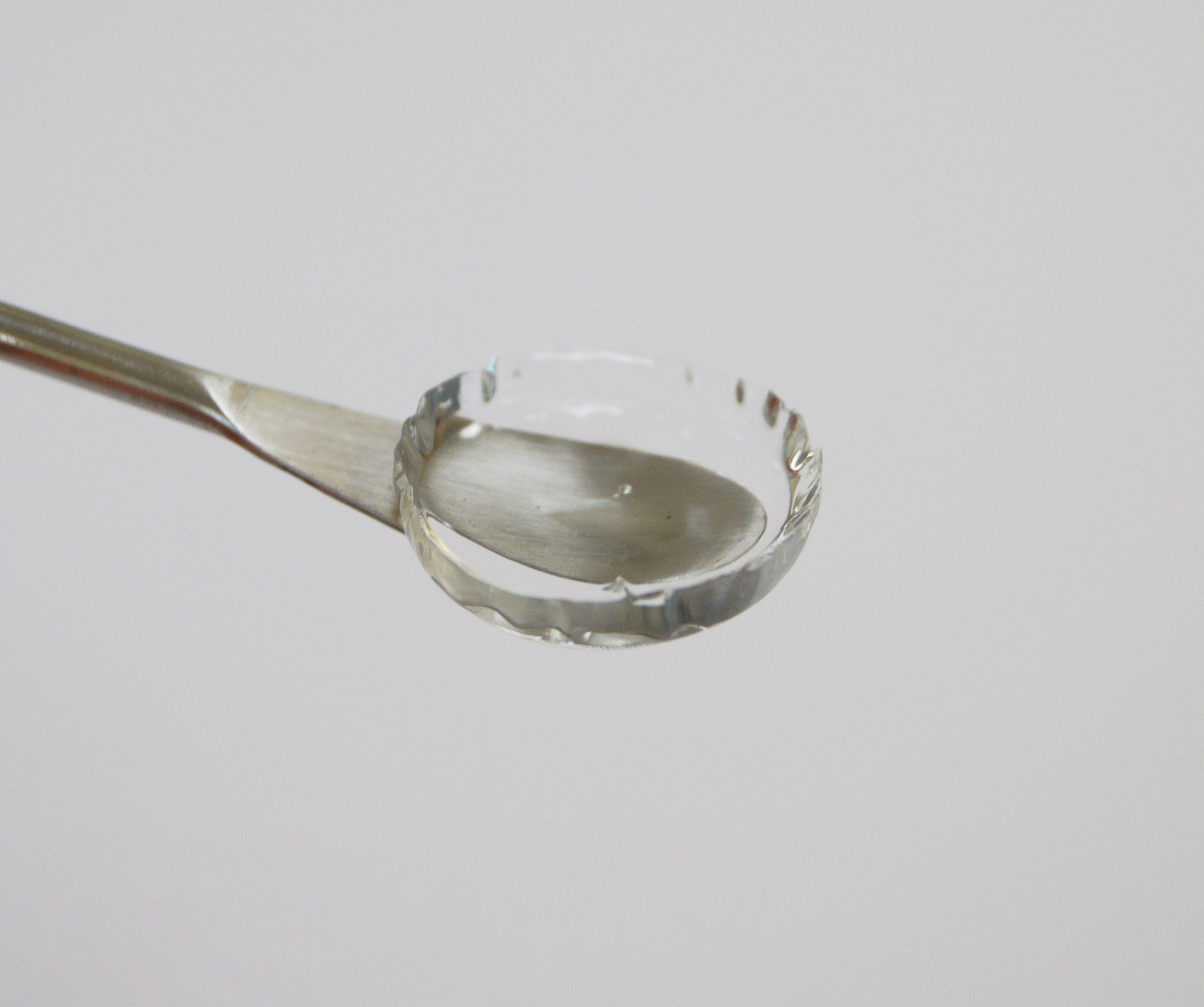 As a polymer in solution, shows non-Newtonian and viscoelastic behavior. Non-Newtonian liquids exhibit viscosity dependence upon the applied shear conditions. The most common type of non-Newtonian behavior being shear-thinning, where viscosity decreases with increasing shear rate.

This characteristic is beneficial as it allows for the product to be manipulated and handled with greater ease, such as when pumped and filled in manufacturing processes or dispensed via a needle as occurs in extrusion 3D bioprinting. Once at rest, however the product regains its viscosity, helping maintain its position.

The chemical structure of hyaluronic acid can be covalently modified where the three most commonly used sites includes the carboxylic groups, hydroxyl group, and –NHCOCH3 groups.

Crosslinked PhotoHA® hydrogels are strong and optically clear (as seen in the image above).

HyStem hydrogels are designed for stem cell culture. They are chemically defined and wholly animal free.  They are based on hyaluronan (HA) – a component of the extracellular matrix (ECM) that is abundant in embryos and stem cell niches. HyStem hydrogels provide a compliant, viscoelastic matrix that is physiologically relevant for stem cells.

They emulate a stripped down version of the ECM to which additional components (such as growth factors and ECM proteins) can be added to recreate the composition of a specific niche.

HyStem hydrogels are composed of HyStem (thiol-modified hyaluronan, HA) and Extralink (thiol-reactive crosslinking agent). HA is the simplest glycosaminoglycan (a class of negatively charged polysaccharides) and a major constituent of the ECM. Embryonic ECM possesses a high quantity of glycosaminoglycans of which HA is predominant. Human embryonic stem cells (H1, H9 and H13 lines) have been shown to express both CD44 and CD168 (RHAMM), which are HA receptors. Human embryonic stem cells (hESCs) have also been cultivated by encapsulating them in HA hydrogels. These cells were grown for 15 days without detectable differentiation. After recovery from the hydrogels, the hESCs could be differentiated using endothelial growth media supplemented with VEGF.

HA is also present in large amounts in the ECM of embryonic livers, fetal livers and the putative stem cell niche within the liver (the Canals of Hering). Hepatic stem and progenitors cells (hepatoblasts) have been successfully cultured for over 4 weeks without differentiation when encapsulated in HA hydrogels and grown with a defined media (Kubota’s medium). Additionally, these hepatic progenitor cells express CD44 at high levels. 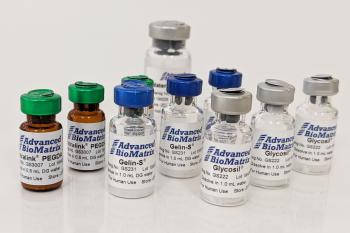